Theories for Historians. Economics, Economic Sociology, and the History of Marketization

Theory matters. Most historians would probably agree with this postulate, in the sense that theories from disciplines such as sociology, economics or psychology can sharpen historical analyses of any topic (though many of them may prefer quite pragmatic, common-sense approaches in their own empirical studies). But when it comes to a historical understanding of a phenomenon like marketization, theory does remain an analytical resource – and at the same time turns into a multifaceted object of research. The way we think about markets is highly affected by theorists, and not only by their ideas but also by their effectiveness in making them influential over specific periods of time.

The agenda for historical research on markets and marketization processes should not, therefore, be restricted to the classical history of economic ideas. It must also analyze science as a field of competition and networking among concrete actors, and it needs to consider the changes in social and political climates which bring about the implementation or retardation of ideas in reality. Such historical approaches, however, require analytical frameworks of their own. In other words, we need theory to understand the operation of theories. The following three essays exemplify this argument with quite different approaches, but a short synopsis may demonstrate their final coherence.

As Sebastian Teupe demonstrates, we need an appropriate concept of ›the market‹ to make sense of marketization. Teupe identifies a ›theoretical dilemma‹ that historians have to cope with in the analysis of marketization: the process itself was partly driven or legitimized by the considerations of economists, but standard economic models with their focus on equilibria resulting from rational individual calculations can obviously not explain the historical formation or expansion of concrete markets and their manifold variations. Transcending Karl Polanyi’s famous idea of a ›Great Transformation‹ from traditional to market economies during the nineteenth century, new economic sociology allows for an integration of (allegedly timeless) economic rationality and (definitely time-dependent) social structures through a more elaborated concept of embeddedness: markets are not a counterpart to society – they are part of it. Although the exchange of goods on markets has a distinctive rationale that separates it from other ways of satisfying material needs, the core process of price formation is a highly dynamic sequence of interactions determined by many different social, political and cultural factors. Marketization cannot, therefore, simply be defined as a process of ›dis-embedding‹ fields of social activity. Rather, it appears as a combination of changes in institutions and social relations facilitated by the dissemination of economic reasoning. The development of economic theory certainly played a performative role in transforming societies, but could only do so depending on a wide variety of historical preconditions and through different processes of negotiation. It remains to historians to find out when and why.

One relevant factor was certainly the successful promotion of market efficiency. In their essay on the Mont Pèlerin Society (MPS), Dieter Plehwe and Matthias Schmelzer make a strong plea to focus on transnational networking as a primary object of historical research. Comprehensive study of the manifold activities of MPS members, transcending the traditional concentration on key individual theorists and their published works, is necessary to explain the neoliberal success story completely (i.e. including the non-successes). Today, the MPS is renowned as a large global network of influential experts from various professions. At its inception after World War II, however, the neoliberal project moved in much smaller circles. The promotion of the economic superiority of the market (though always in need of a strong state to guarantee its existence) had to rely on the works of diverse theoretical schools, but effective networking enabled the spread of some core principles in a lot of professional fields. Nevertheless, neoliberal beliefs could only become practically relevant in a certain political climate when the economic crises of the 1960s and 1970s allowed for a backlash against concepts of state intervention inspired by Keynesianism or welfare policy. Even economists proclaiming the timelessness of their theories have to wait for their historical moment; in this case, the study of their activities leads us straight into an era of economic uncertainty and dwindling post-war consensus in the highly industrialized Western countries.

Analyzing networks is certainly one promising way to historicize the last few decades of marketization from the perspective of actors and activities. But for a more precise understanding of changes in societal structures, the dissemination of market logic on the micro level in its interconnections with the development of economic theory and politics also needs to be analyzed. A good example is the seemingly irreversible ascent of financialization. Money is a basic element of well-functioning markets, and the handling of money is a permanent part of our daily routines. The expansion and diversification of international financial markets not only has massive impacts on national economies, it also affects the relevance of finance for social insurance or private investment. Various approaches from sociology or political science have emphasized the grave consequences of this process and tried to put it in historical perspective. Nevertheless, Alexander Engel remains skeptical whether we can really observe the advent of a ›financial market capitalism‹ in the sense of a basic transformation. He calls for much more empirical research on the micro level of economic actors to understand the change of systems. Engel’s conclusion might serve as a bottom line for all three essays presented here: we need a lot more empirical research on their topics, but dealing with relevant theories will certainly help us to understand the historical practices of marketization. 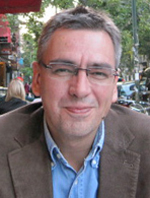